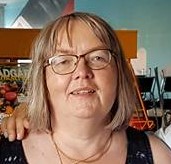 Foods enriched with different vegetable oils rich in ALA or SDA are able to increase the n-3 long-chain polyunsaturated fatty acids content in erythrocyte lipids; echium oil is more potent in comparison with linseed oil. Blood lipids were beneficially modified through the consumption of food products enriched with sunflower, linseed and microalgae oils, whereas echium oil did not affect blood lipids."

Human plasma and tissues are responsive to dietary intake of the long-chain n−3 fatty acids, and levels increase in plasma and tissues in a dose-dependent manner. The most effective way to increase a particular n−3 fatty acid is to provide that specific dietary fatty acid, because interconversion of the n−3 fatty acids is limited in humans. ALA accumulates only to a minor extent, most likely as the result of increased oxidation at higher doses, and modestly raises EPA but not DHA. Plasma phospholipid EPA concentrations increase in a linear manner in response to dietary EPA, whereas dietary DHA causes a dose-dependent, saturable increase in plasma phospholipid DHA concentrations with doses up to ≈2 g/d. Both DHA and EPA similarly reduce ARA concentrations in plasma. Tissue contents of long-chain n−3 fatty acids increase in response to dietary DHA or EPA. Human milk content of DHA depends on maternal intake of this nutrient, and infant plasma DHA concentrations are responsive to the DHA amounts in their milk or formula feedings. The dose-response information provided herein should be useful in predicting efficient doses of n−3 fatty acids for supplementation studies and for developing recommendations for intakes of specific n−3 fatty acids." 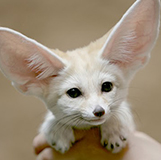 Author of New Atkins for you!

"Our previous studies in animals and in humans had shown a correlation between flaxseed supplementation and slowed tumor growth, but the participants in those studies had taken flaxseed in conjunction with a low-fat diet," said Wendy Demark-Wahnefried, Ph.D., a researcher in Duke's School of Nursing and lead investigator on the study. "For this study, we demonstrated that it is flaxseed that primarily offers the protective benefit."

"Our understanding of the cardiovascular disease benefits of ALA has advanced markedly during the past decade," said Penny Kris-Etherton, Distinguished Professor of Nutrition. "Based on the current evidence, ALA decreases CVD risk."

Fleming and Kris-Etherton believe that dietary recommendations should be amended to increase the amount of ALA consumed, but note that randomized controlled clinical trials need to be conducted in order to determine the amount recommended.

"Why Most Published Research Findings Are False"

There is increasing concern that most current published research findings are false. The probability that a research claim is true may depend on study power and bias, the number of other studies on the same question, and, importantly, the ratio of true to no relationships among the relationships probed in each scientific field. In this framework, a research finding is less likely to be true when the studies conducted in a field are smaller; when effect sizes are smaller; when there is a greater number and lesser preselection of tested relationships; where there is greater flexibility in designs, definitions, outcomes, and analytical modes; when there is greater financial and other interest and prejudice; and when more teams are involved in a scientific field in chase of statistical significance. Simulations show that for most study designs and settings, it is more likely for a research claim to be false than true. Moreover, for many current scientific fields, claimed research findings may often be simply accurate measures of the prevailing bias. In this essay, I discuss the implications of these problems for the conduct and interpretation of research."